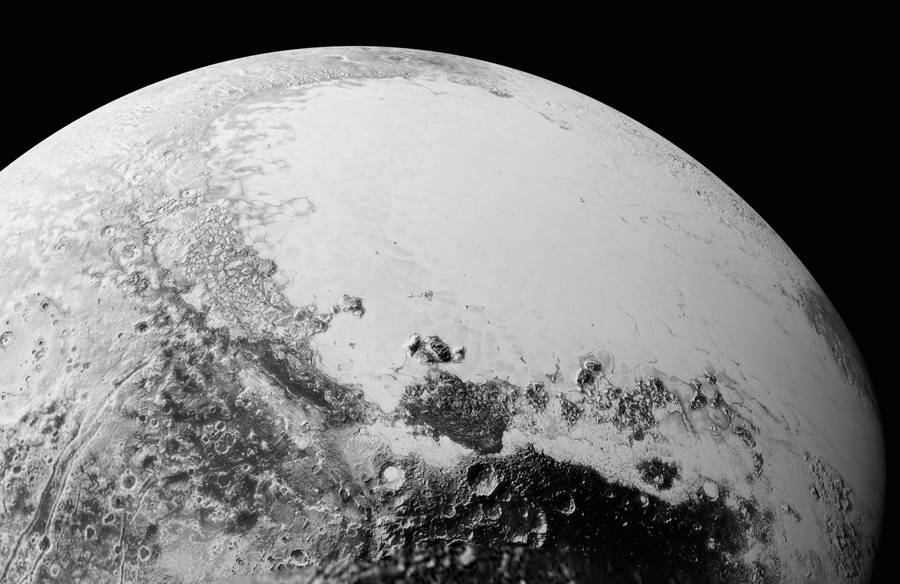 A synthetic perspective view of Pluto, based on the latest high-resolution images to be downlinked from NASA’s New Horizons spacecraft, shows what you would see if you were approximately 1,100 miles (1,800 km) above Pluto’s equatorial area, looking toward the bright, smooth, expanse of icy plains informally called Sputnik Planum, in this image taken July 14, 2015 and released September 10, 2015. The images were taken as New Horizons flew past Pluto from a distance of 50,000 miles (80,000 km).

via The Atlantic’s InFocus

This site uses Akismet to reduce spam. Learn how your comment data is processed.