The daily routines and rituals of creative people is largely irrelevant to anything I will do or make, but it is still interesting to see how they decided to slice up their days. Click the image for the big version. 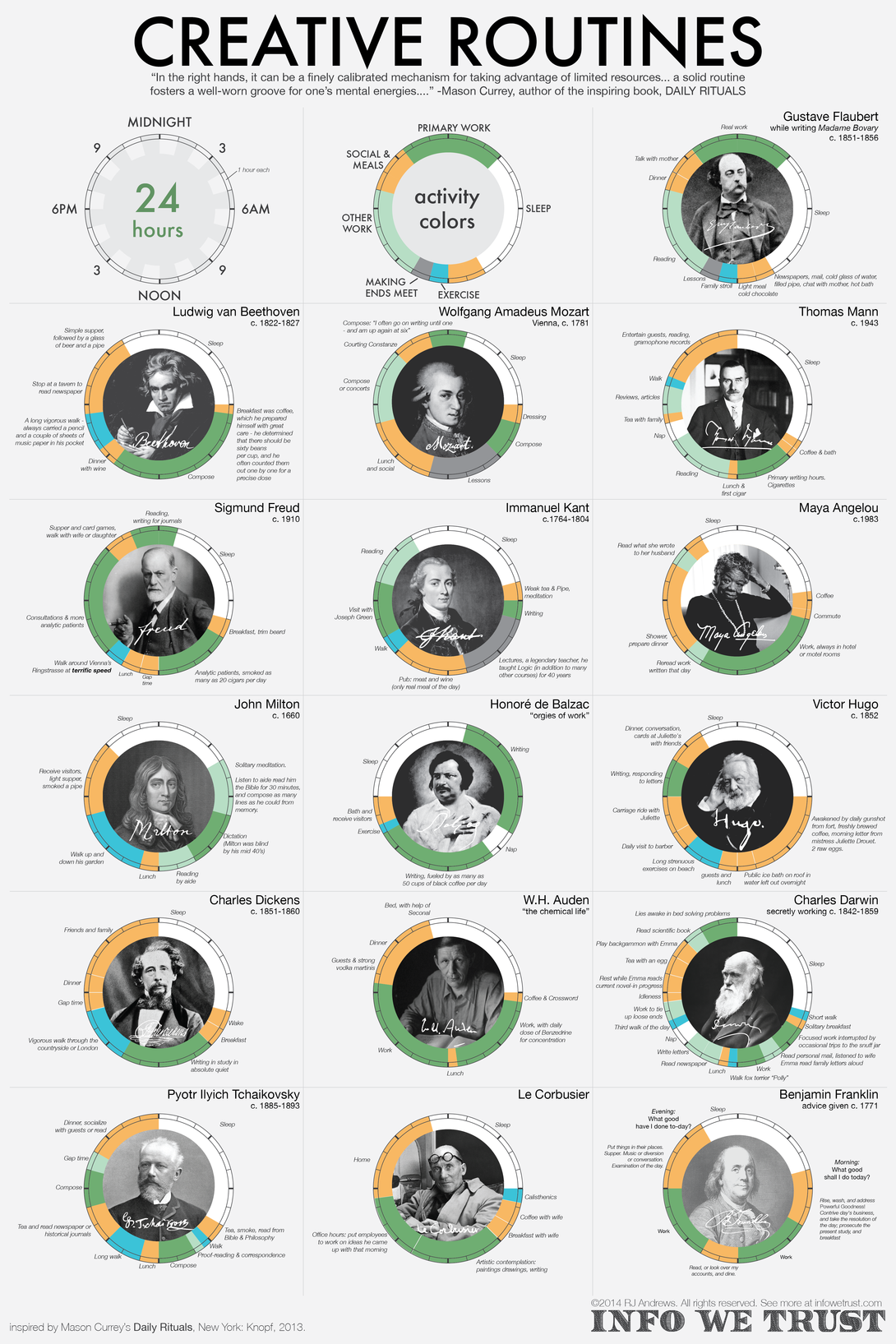 Waking up some brain cells

Wisdom from Dr. Seuss, a fine visual addition to these timeless Seuss-isms on life.

It’s time to start something.

How to be an explorer of the world

Google’s Think Quarterly has a series of data nuggets about the vast amount of creative output is published to the web every day.

According to Eric Felten, in his WSJ.com review of the book New by Winifred Gallagher,

Creativity flourishes best when part of a tradition. The new ideas that succeed are those that stick around long enough to become old.

He sees what’s new as part of a long line of creative works, one springing forth from another. For all the interest our society shows for the new and improved gizmo, we still have a strong nostalgia for the old, for the traditional, for the new thing that reminds us of the old.

The iPod may have revolutionized how we listen to music, but many people are using it to listen to tunes that hit the big time half a century ago—or using their iPads to book tickets for a revived 1950s Broadway musical or for the latest movie based on a comic book from the 1940s. Nor is technological progress as rapid as we’ve come to assume. Take the ubiquitous Boeing 737, a plane that first took off more than 40 years ago. If the jet-setters of the 1960s had climbed aboard a plane designed 40 years before, they would have been getting into something with wooden wings. In many ways the world changed more rapidly and dramatically in our grandparents’ lives than in our own.