The annual “hype cycle” chart from Gartner, a market research firm, tries to depict the degree to which certain technologies are exaggerated. Smart robots? Don’t hold your breath. Big data? Not yet. In the firm’s view, innovation advances in stages: from exuberance to pessimism to adoption. Not every technology progresses at the same speed, so Gartner assigns each an estimated time until the end of its ride. 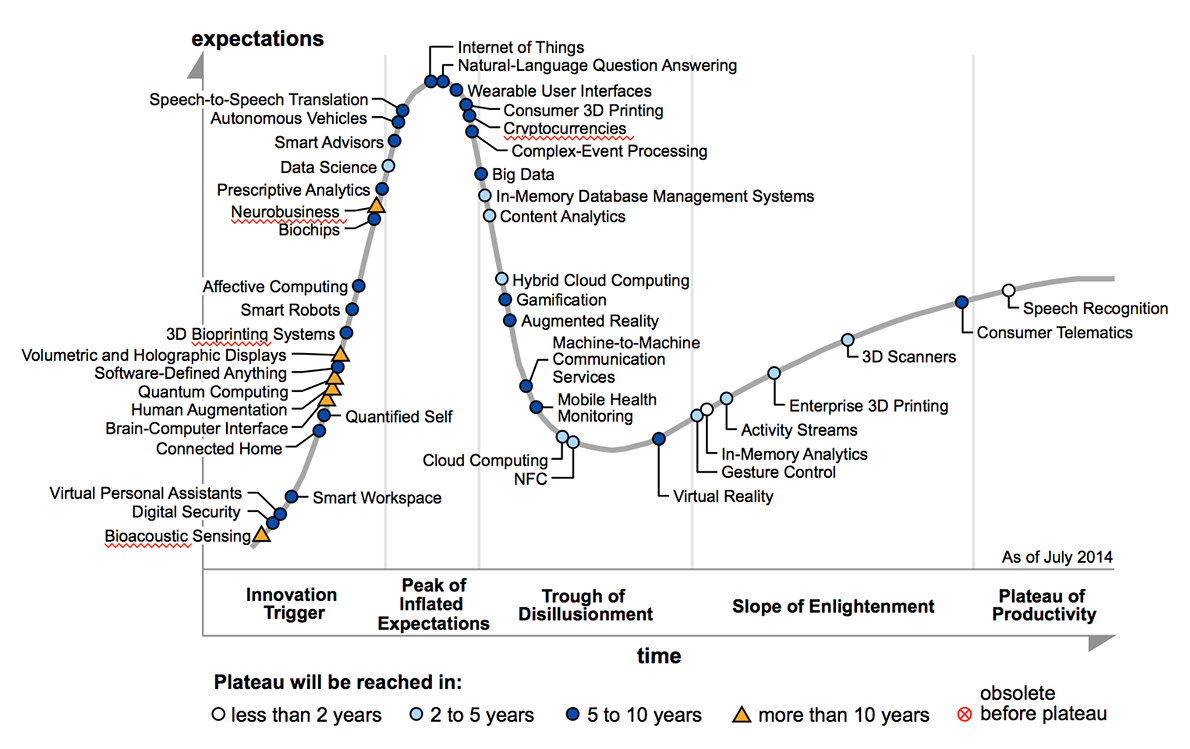 Most of the Technologies listed in Gartner’s chart seem well placed. However, Cloud Computing seems off, especially since much of the ‘computing’ most consumers and even business users do is over the Internet and in the cloud in one sense or another. For example, even a Google search is a cloud computing task. You ask a question and Google’s vast technical infrastructure computes and delivers an answer.

Unless you are actively working to develop the technologies in the “Innovation Trigger” section of the chart, it is probably safe to ignore most news articles about how ‘X’ technology is going to change the world. However, the toys that emerge from the technologies in this section are fun to play with. Technological innovations have to prove themselves by passing through the “Trough of disillusionment” to prove that they are actually useful. 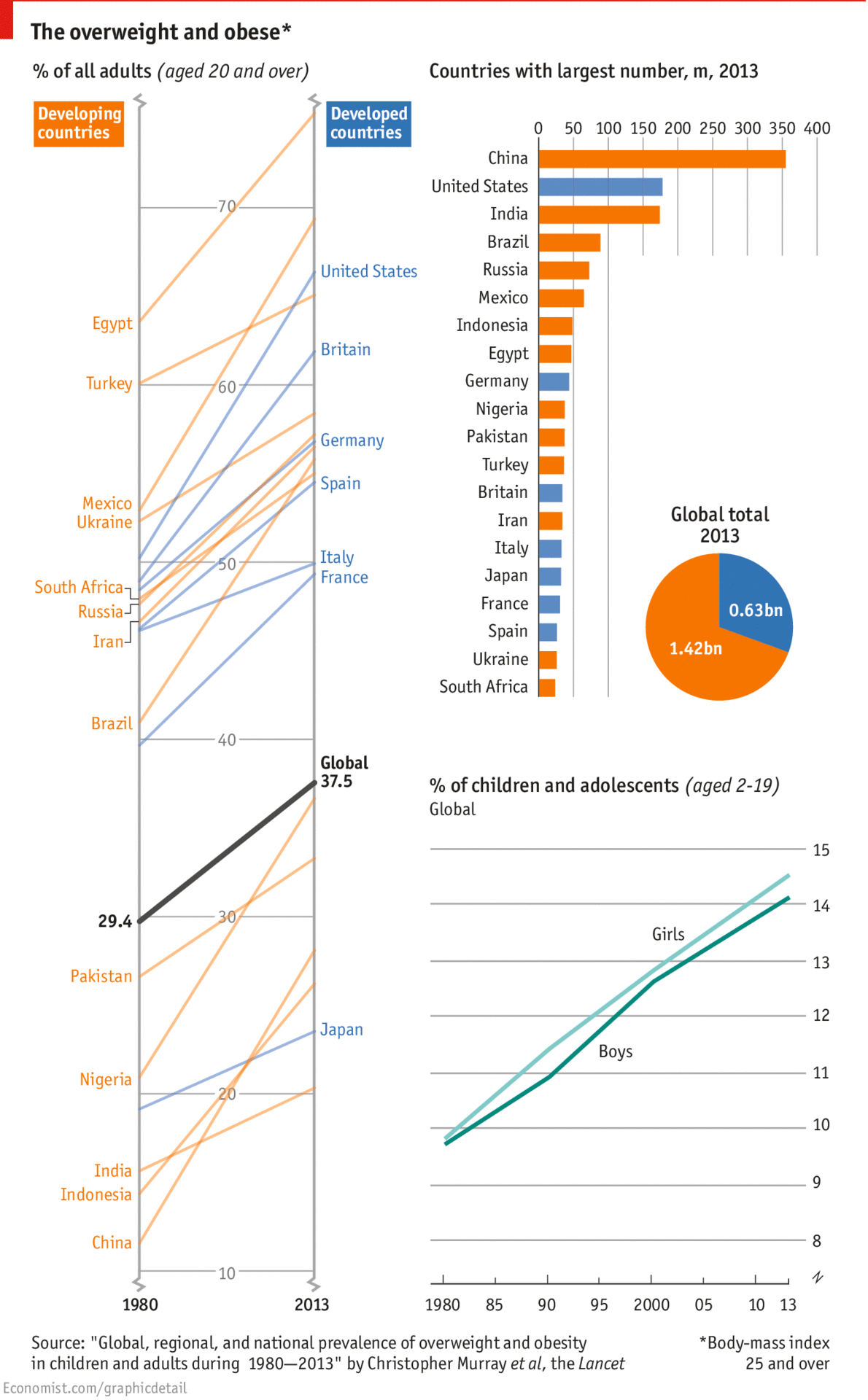 Waistlines are widening everywhere. The percentage of adults who are overweight or obese has swelled from 29% in 1980 to 37% in 2013, according to a new study in the Lancet.

How long will it take for drone cargo ships to set sail and start crossing the high seas?

Military drones already fly frequent missions and civilian operations using unmanned aircraft are coming. Driverless cars are clocking up thousands of test miles. So why not let remote-controlled ships set sail without a crew? Indeed, the maritime industry has started to think about what would be required to launch a latter-day Marie Céleste.

There are many potential benefits to drone cargo ships. Most cargo ship accidents involve human error. Removing that variable from the equation should increase maritime safety. Drone ships will also need far fewer people to run. That will let them save on labor costs and fuel. Unmanned ships will be able to travel slower on long voyages than traditional cargo ships, burning substantially less fuel. 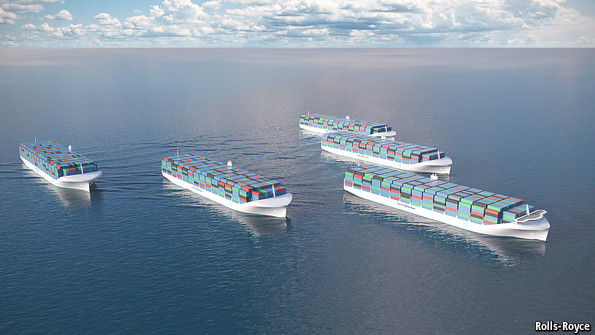 These unmanned ships will have to watch out for a different sort of pirates.

As for piracy, with no crew to be taken hostage it would be much easier for the armed forces to intervene. Of course, more modern pirates might try to hack their way into the controls of an autonomous ship to take command. Which is why encrypted data communication is high on the maritime industry’s list of things to do before ghostly vessels ply the trade routes.

Drone ships will probably still run with a skeleton crew aboard, but it sounds like a job as appealing as being the caretaker for the Overlook Hotel.

Give people time to act honestly

The Economist explores the psychology of morality by reporting on a dice rolling experiment:

The researchers had no way of knowing what numbers participants actually rolled, of course. But they knew, statistically, that the average roll, if people reported honestly, should have been 3.5. This gave them a baseline from which to calculate participants’ honesty. Those forced to enter their results within 20 seconds, the researchers found, reported a mean roll of 4.6. Those who were not under any time pressure reported a mean roll of 3.9. Both groups lied, then. But those who had had more time for reflection lied less.

The experiment suggests that people who are rushed and don’t take the time to think are more likely to lie and cheat than those who have time to think about their actions rationally.